In the Cage by Kevin Hardcastle 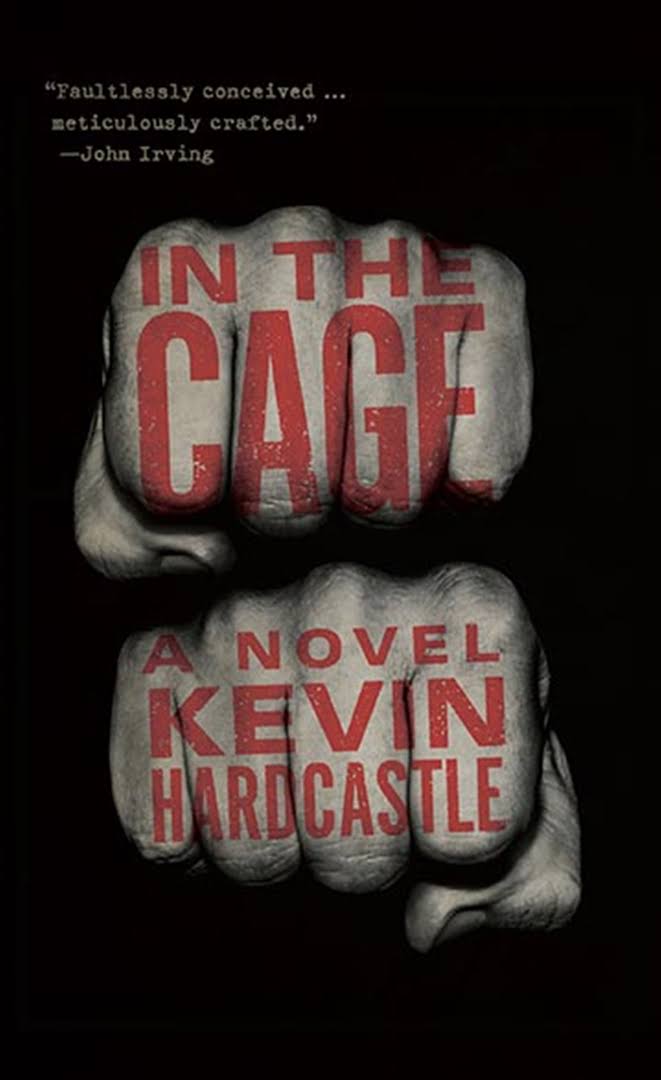 Kevin Hardcastle’s book In the Cage is not for the faint-hearted. Hardcastle takes readers into a part of society where poverty hovers and taunts at the shoulder. Daniel, the author’s central character, battles every hard knock thrown his way in order to survive. Daniel is a mixed martial arts fighter, taking matches wherever and whenever he can to support his wife, Sarah, and his daughter, Madelyn. He achieves moderate success in the ring and in the cage until a serious injury occurs and he can no longer compete. With his family he returns to his rural hometown hoping to find employment and a different way of life. He seeks out a former school friend, Clayton. Clayton lives a shade outside the law but offers Daniel a deal that is tempting. Nothing else is forthcoming and he accepts his friend’s offer and becomes his muscle man. Working for Clayton though leads to the underworld, a place of blood and violence.

Sarah, who works in an old aged home, doesn’t care for Daniel’s connection with Clayton and his nephew, Tarbell. She wants him to get out, to find work elsewhere, especially for the sake of their daughter. Daniel wants what others have, a good job with regular hours and a substantial pay. But the jobs are few, part-time and low paying.

Why is this story so compelling? The fight scenes and the criminal world depicted throughout the novel verge on the horrific. But the author’s work is honest in its interpretation in showing us these too little known worlds. There is no mistaking the path his characters travel and will travel. Yet we empathize with Daniel and his family. It is the humanity we see in the author’s characters, Daniel’s desire to protect them, to live long enough to see his daughter grow to adulthood, and the desire to reach the goals of the ordinary.

In order to do this Hardcastle dispenses with language that would slow the telling of the story. He cuts out adverbs and uses adjectives in their place; ‘Daniel leans heavy against the doorway frame’ and brings the novel to a new level. (p.304)

He creates images and scenes with fist-iron care. We want to turn away because the images are too demanding. We are unable to because we care for Daniel and Sarah and Madelyn. We witness the kindnesses each of them gives to the other and there is the sense to want to see them do better. We want to cheer them on. We want to see them together going about life in a similar manner as ours with food on the table, a decent income, good schooling and maybe an evening out with friends.

Hardcastle’s writing could be compared to that of Hemingway, Cormac McCarthy or Ken Bruen. His pared down sentences scrutinize a way of life that is rough and unrelenting. His characters are reminiscent of those of David Adams Richards, who come across as marginalized and scorned. Yet the author has found his own style, is in command of his pen and knows his subjects. He strips the facades from our comfortable lives and jolts us into the hard lane of life, and we soon acknowledge that living on the edge is difficult and downright heart-breaking. It is not a pretty place to be.