The Girl in the Wall by Alison Preston 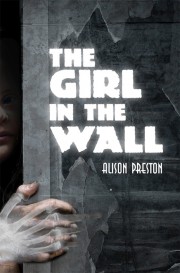 According to author Alison Preston, strange things happen even in quiet suburbs. In fact, her sixth novel spins such a tale. Winner of the 2012 Margaret Laurence Award for Fiction, the book recounts the story of an eccentric young woman and an unsolved murder in Norwood Flats, a Winnipeg neighbourhood.

Preston’s mystery novels have several features in common. For the most part, her books explore unusual circumstances that reveal the dark side of human nature. In The Rain Barrel Baby, the body of a dead baby is discovered in a rain barrel next door to the home of detective Frank Foote, a recurring character in Preston’s novels. Sunny Dreams weaves a story about the abduction of a baby in a public place in the 1950s. Often the mysteries remain unsolved until decades later.

At the outset, Preston recounts the sad early life of the protagonist Morven. From an early age, she is labelled an oddball because of her habit of staring at people and her obsession with death. As a result, classmates and neighbours frequently tease her.

Morven and her older brother George are usually left on their own; their mother is mentally ill and their father is a workaholic. Thus, George serves as the surrogate parent and protector of his sister. During her teenage years in the 1960s, Morven’s life worsens because she is repeatedly bullied.

To raise Morven’s spirits, George buys her a camera. She enjoys taking snapshots and eventually starts her own photography business, specializing in portraits of the terminally ill just prior to death. The job helps Morven gain self-confidence and she reinvents herself as “Mrs. Mortimer.”

Her work goes well until one day at the hospital, she inadvertently witnesses the murder of a newborn and takes a snapshot of the suspects. Morven makes the decision not to call the police, but the incident weighs heavily on her mind. Decades later, Frank Foote, now retired from the police force, discovers a child’s skeleton buried between the walls of a house that he is renovating. At that point, Frank enlists Mrs. Mortimer’s help to solve the case.

The novel consists of three parts. In the first section, Preston presents readers with background information concerning Morven and George’s upbringing in the 1950s. The second part describes Morven’s passion for photography and the murder of the newborn baby in the ’60s. The final section takes place in 2006, when Frank Foote gets involved in the unsolved case.

Much to the book’s credit, Preston’s lucid, succinct prose maintains our attention throughout the novel.

Her new name, Mrs. Mortimer, freed her somehow from the old jokes and the kids who told them and from a whole lot of other bad memories as well. It turned her into more than just a peculiar person with a camera slung around her neck. And the Mrs. part of it gave her a legitimate air. She felt it immediately, the change. It didn’t give her a new personality, but it buffed up the one she had, lent it a finer edge. (67)

Preston’s attention to detail is evident in her depiction of previous eras like the 1950s and early ’60s. Times were different then, especially people’s attitudes and values. Neighbours generally knew each other, people often lived in the same house for many years and every neighbourhood had a corner store.

No doubt readers will find The Girl in the Wall a page-turner. Once again, Preston has provided her audience with an absorbing story that scratches below the surface, proving that things are never quite what they seem to be. ♦

Buy The Girl in the Wall at McNally Robinson Booksellers.