PF @ 40 Part 3: My Experience with the Early Sparks of Prairie Fire By Armin Wiebe 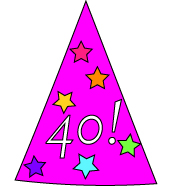 So it’s the 1970s and I have this crazy notion that I will be a writer. In Manitoba. Sending poems in response to ads in Writer’s Digest has taught me what SASE means, but I’m not sure where to buy international reply coupons. I’ve heard of the University of Manitoba’s literary magazine The Far Point, but I don’t see a copy until I browse the U of M bookstore one summer. Eagerly, I submit what I consider my first “real” poem and wow, it gets accepted! Sadly, before the poem is published, The Far Point becomes Northern Light and my poem no longer meets their criteria.

I have more success with Alive, another title I find on the rack at U of M. Published in Guelph, Alive is the first “guerilla” magazine I encounter, and it prints my first short story opposite an article about Leon Trotsky. A piece by an eighteen-year-old Aritha van Herk appears in the same issue.

I discover Canadian Writers’ Market and send poems to magazines in faraway exotic locations in Canada. But I don’t find further markets in Manitoba.

A high school teacher in Lethbridge mortgages his house to publish Canadian Short Story Magazine and accepts my story “The Courage to Cry.” I learn about Grain in Saskatchewan and it actually pays for one of my stories and honours me with Carolyn Heath’s famous rejection letters for my other submissions.

Then in 1978 on CBC radio, I hear about a Winnipeg start-up publication called Writers News Manitoba. Something close to home at last. I hasten to subscribe and begin writing reviews. They publish one of my poems. I meet Andris and Kate and get involved in some of the envelope-stuffing sessions at the tiny house on Parkview Street.

Then the miracle: Writers News Manitoba publishes my first Yasch Siemens story in its 3rd Anniversary Issue, just in time for the Red River Writers’ Weekend at Victor Enns’s brother’s riverside home near Aubigny, Manitoba, and the inaugural meeting of the Manitoba Writers’ Guild. Suddenly, I have an audience for my work. Real live people are talking about my story. Two issues later Writers News publishes a second Yasch story.

By the time Writers News transforms into Prairie Fire and graduates to typesetting with an IBM Selectric typewriter, I hear rumours that my stories are being studied in a university literature class in another province. When Turnstone Press publishes The Salvation of Yasch Siemens in 1984, readers are waiting. In a whirlwind week or so the novel gets me CBC radio interviews with Peter Gzowski, Vicki Gabereau, Robert Enright, and Doreen Milne, and a reading on Identities. William French reviews it in the Globe and Mail. More reviews follow in the Toronto Star, NeWest Review, Books in Canada, and others. The publisher reprints three times before Christmas and the novel is shortlisted for the Books in Canada First Novel Award and The Leacock Medal for Humour. Now, thirty-four years later, Turnstone Press is reissuing the novel in a “selects” edition with preface and critical essay.

Prairie Fire shepherds another of my stories into the inaugural Journey Prize Anthology and another story onto a Western Magazine Awards shortlist that includes a story by P.K. Page. One could get a swelled head from associating with this prairie rag.

What mischief can be wrought when a small group of dreamers begins to type, print, fold, staple, and distribute the work of unknown writers! Thank you Andris, Kate, Elizabeth, and the team of volunteers who gathered the kindling to start this prairie fire.

Armin Wiebe is the author of four novels set in the mythical community of Gutenthal: The Salvation of Yasch Siemens, Murder in Gutenthal, The Second Coming of Yeeat Shpanst and Grandmother, Laughing. Armin has served as writer-in-residence at Saskatoon Public Library, Parkland Regional Library in Dauphin and University of Manitoba’s Centre for Creative Writing and Oral Culture.