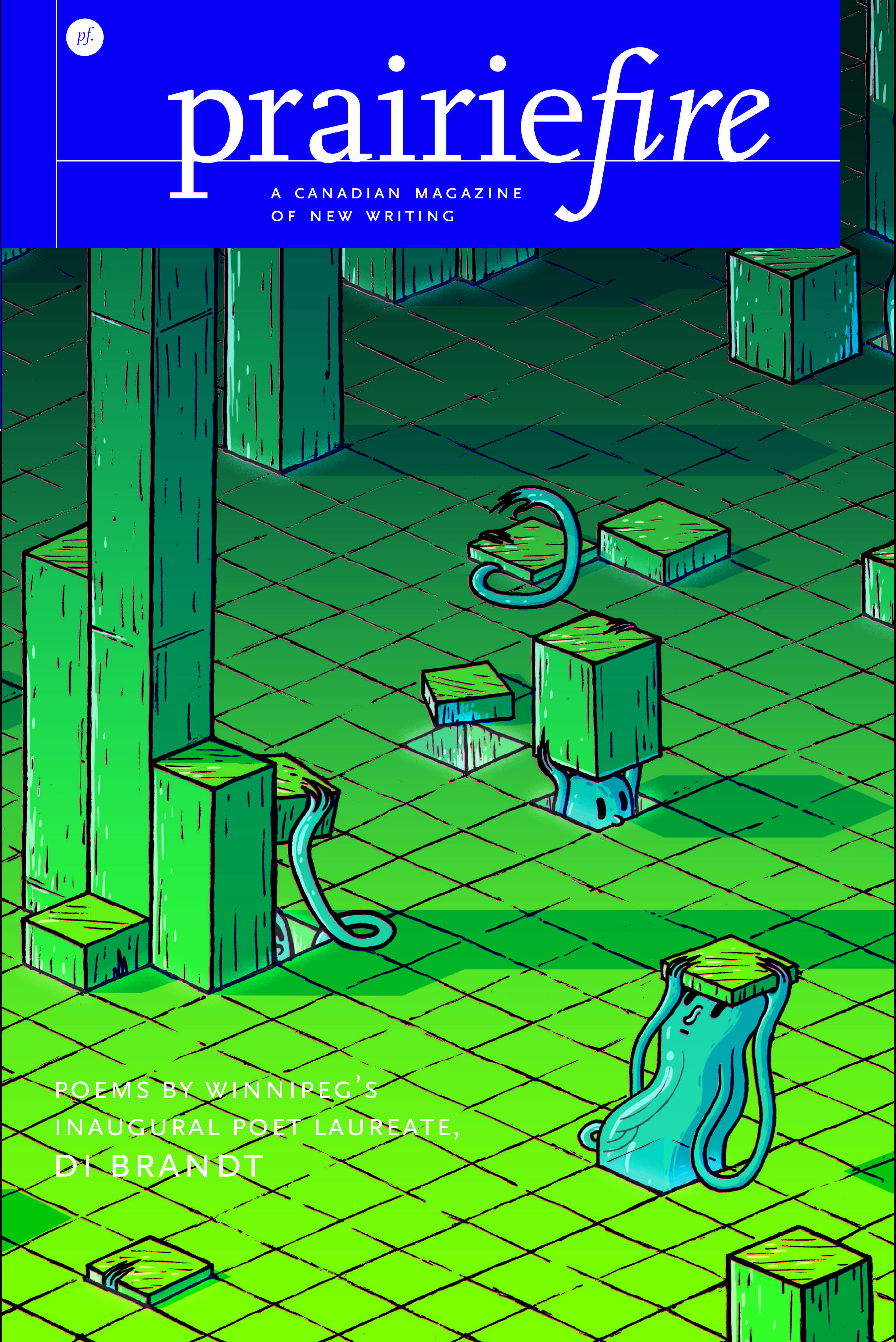 Cover Image: As Above by Scott A. Henderson

Holly and I met because our sons went to the same daycare. It was only when we began talking one afternoon, having arrived at the same time to collect them, that we discovered we’d been neighbours for almost three years.
“Why haven’t I seen you at the park, or even in the street?” Holly said, while our children flung sand in a corner of the yard. “How is that even possible?”
“Parallel universes,” I said. “Missed connections.”

I have come now to live with the river people.
I was raised among the earth people, proud
dirt under the fingernails, long rugged silent
days of hoeing and plowing. Electric barbed
wire to keep the cows in, tin granaries bulging
with ripe wheat. Bright orange carrots rooted
improbably, juicy, green feather topped, in
cracked black soil. Meadowlarks perched on
the fenceposts along the gravel road,
announcing the morning with their cheery
trilling song.

There’s a nine-year-old girl in Seattle who’s been feeding the crows in her backyard since she was four. Every day she talks to them, sets out a bowl of dog kibble, refills a large water dish. And in return they bring her gifts.
The crows pluck lost items from the neighbourhood—buttons, beads, earrings, Legos, anything really—and deposit them on her birdbath. Just as male birds woo breeding partners with donations of mice, these crows profess their love for their girl by bestowing shiny things. Like Smaug, the greedy dragon in me covets her hoard, and I scheme to feed the crows that hang out in our East Vancouver ’hood, in return for gifts. But not on my lawn, hell no. Here our common crow, Corvus caurinus, gorges on a garden pest, the European chafer beetle. The white maggots hatch in fall and wriggle through the dirt, inviting mobs of skilled beaks to tear out clumps of grass to reveal the delicious treats. A small murder can demolish an entire plot in an afternoon; I won’t invite that desecration into my yard...