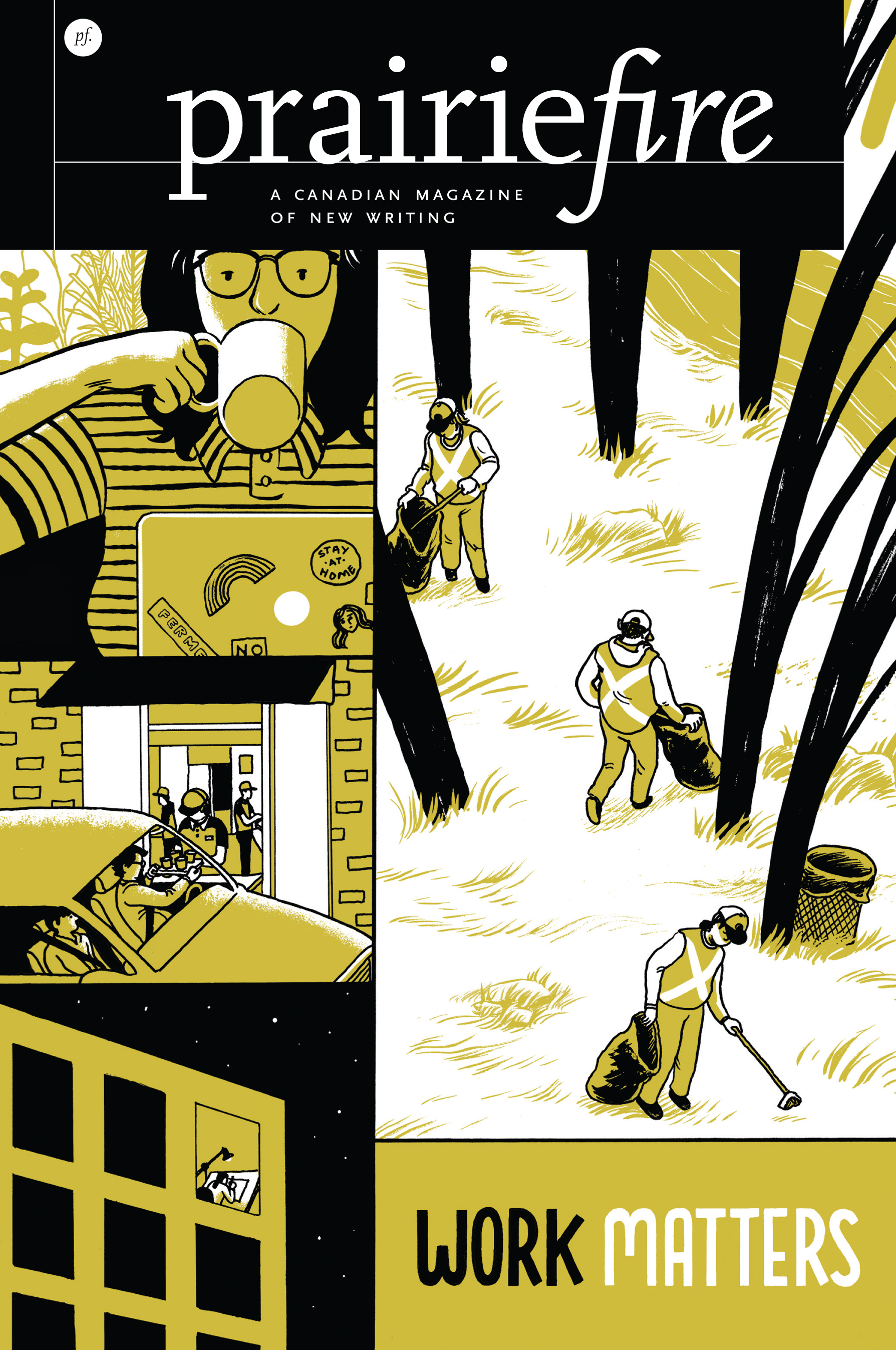 Spring 2019, Volume 40, No.1
Volume 40, No. 1, Spring 2019
We teamed up with author and Certified Career Development Practitioner Patricia Rawson to bring you a jumbo-sized issue on the ever-changing world of work! How do we find fulfillment through what we do? How do we engage in work that matters to us? To others? To society?
Table of Contents

When my mother called, I was stunned to hear the words, threatening arrest, in the same sentence as my sister’s name. Then again, why was I surprised? Jess was the kind of person who kicked up a vortex of chaos around her wherever she went. Maybe on some level, she recognized this and felt it necessary that she live in isolation.
During our conversation, Mom’s voice had come to me as if through a blow horn across a windy ocean, tight and shrill with anxiety. She told me they hadn’t heard from Jess for weeks now, and that there was a news story about her being some crazed illegal squatter and they were beside themselves with worry.

I move towards renaming this
the other season. Let’s call this light our holy crop
sprung up after the fallow stretch, after we withstood
and wandered, bitched, rapped against the
sharp part of the curb, dislodged salt and those reluctant months,
the year we thought we would not see the other end of,
so, our reward: this bright harvest, lumen echoing the snow.

I parked my car a few houses away and took a moment to gather my courage. I reviewed my service mantra: in and out, quick and sweet. Serving court documents was a dangerous part of my job. Debtors weren’t joyful about getting sued. Their reactions ranged from tearful acceptance to enraged fury. I’d never been punched, but there could be a first time. I was a woman alone at night and at least two men were in the house. I was going in anyway. I had Nathaniel on the line and I wasn’t passing up my chance to nail him.
Show no fear, I said to myself. I knocked and Nathaniel’s buddy answered wearing ripped sweatpants. “Hey?” he said.
“Hi,” I said with a sweet smile. I was dressed to go dancing. My hair was puffed into hair sprayed perfection. My black skirt was short enough to show some thigh above my black boots.
“Come on in,” he said with a grin.
“That’s okay. I’m here to see Nathaniel,” I said.
His eyebrows arched. “Really?” he said. “For sure.”
Nathaniel peaked around the corner of the kitchen.
I smiled at him as he came to the door. “Nathaniel Boothman?”
“You bet.” He smirked at his buddy.
I dropped the envelope in front of Nathaniel and spun around on my heels. Gotcha, asshole...