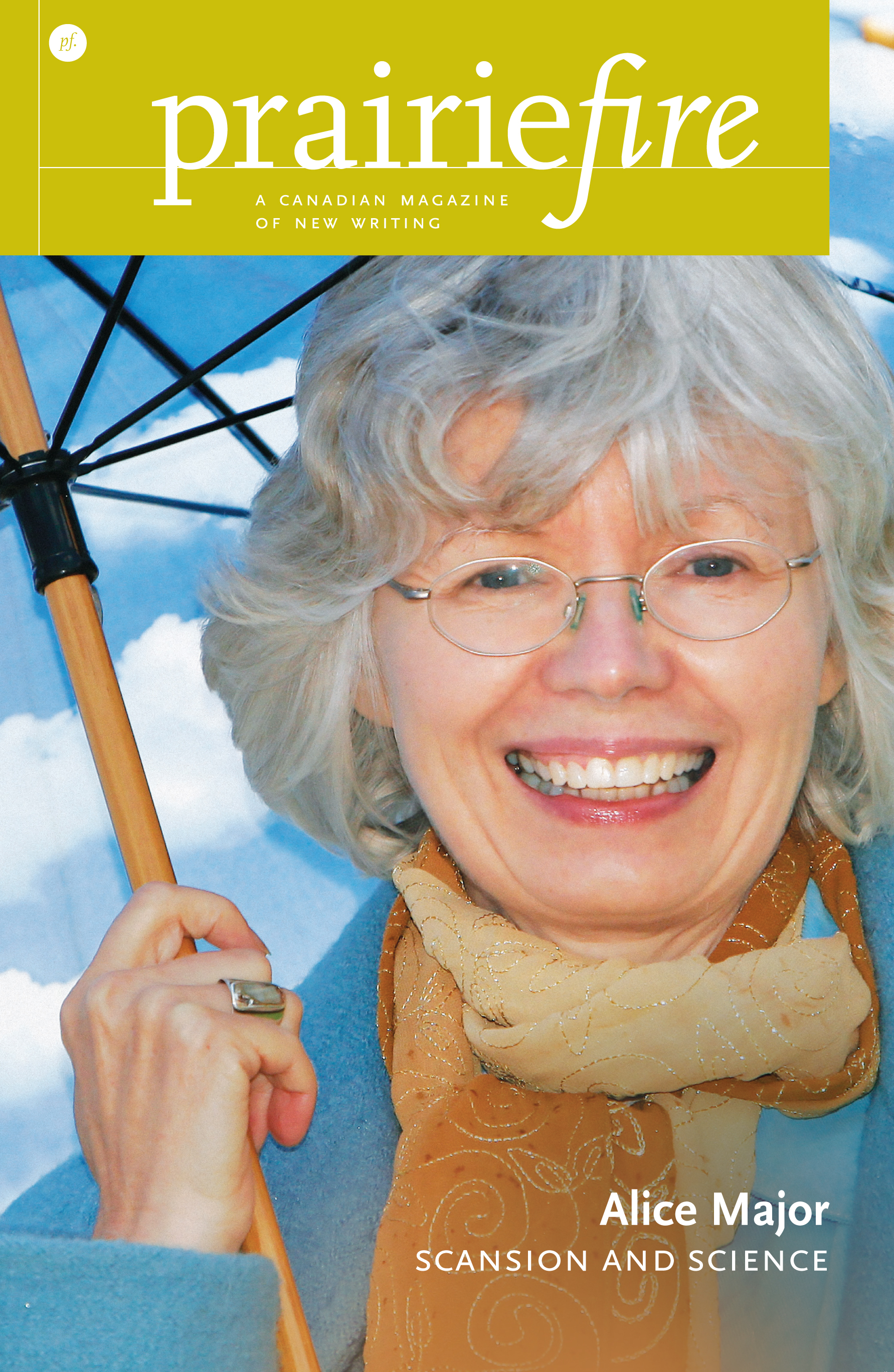 Traci Skuce—Bliss and a Boy I Once Loved

Carole Giangrande—This May Be the Year

Before I met JP, nothing remarkable had happened in my life, but I felt an impatience that something should, and soon. I was twenty, worked at a health food store, and agonized over phrases my boss had plastered above the bulk bins: “Live Your Potential!” and “Follow Your Bliss!” I asked him what they meant, how exactly one did those things, but he only cast me his one-with-the-universe look and said, “It’s your journey, Claudia. You’ll find your path.”
So while I was elbows deep in red lentils or culling limp chard leaves from the produce bin, I wondered how I’d do it. Live my potential. Follow my bliss. I’d already given up on university...

Let them say that he wrote crap poetry but loved the sound and feel of words, terms, names, two, three or twenty at a time, coming together like sprocket and chain;

like the names of prairie towns picketing by on the Yellowhead Highway, rolling in his mouth: Langenburg, Churchbridge, Bredenbury...

...It was 1976, and my parents had been living in Canada for eight years. I cherished the time with my father, just the two of us, before I went to sleep each night. It was calm and safe, not like his firm moments of disciplining us with hidings and critical demands.
Dad talked about his childhood like it was Disneyland; a mix of incessant laughter and communal adventure, where children could enter any house in the neighbourhood and be fed savoury bobotie and rice before a harried mother or big sister would chase him out the door to get back home.
My mom didn’t mention South Africa unless asked a direct question. It was as if she had brought everything of value with her when she immigrated to Canada. She was like a black box: expressionless, avoiding conversation by stepping out for a smoke or doing a chore. Her freckled brown complexion was a backdrop for dark brown eyes that quietly observed and absorbed. She spoke sparingly. I never knew what she was thinking.