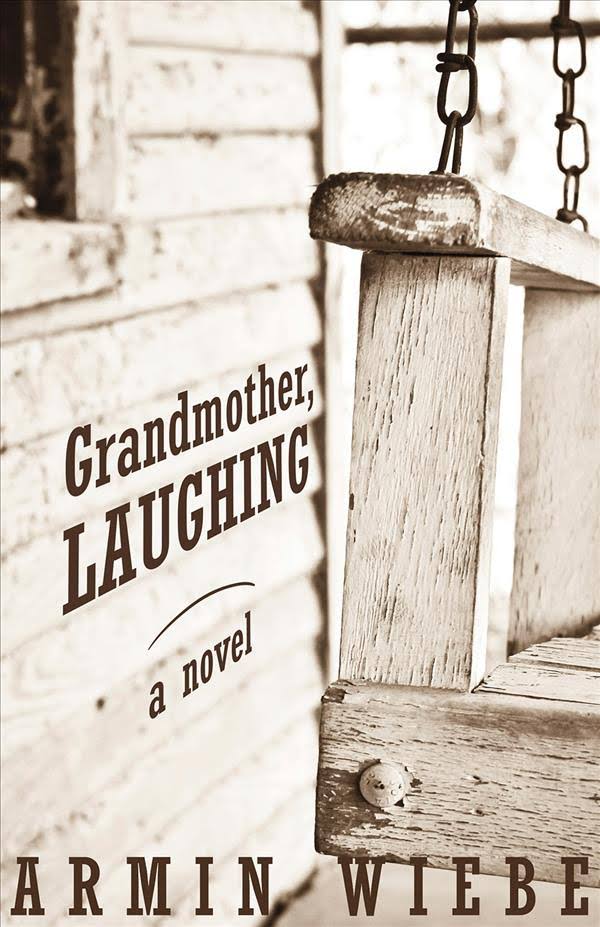 How a life is measured can take a lifetime of contemplation and along the way there are many questions, some that cannot be answered. What do we learn? What do we feel we have accomplished, if anything? And what is left afterwards for others to discover?

Two tombstones. A tumbledown house. A piano. A sheaf of papers with music notes written upon them. These are the things Koadel Kehler discovers when he drives to the homestead that once belonged to his grandparents. He is there because his grandmother “has asked him to bury her inside a piano.”(3) This is how Armin Wiebe opens his novel, Grandmother, Laughing and already the story is intriguing.

Author of several novels, short stories and the play The Moonlight Sonata of Beethoven Blatz, Wiebe continues his story with the voice of Sarah Suderman, the grandmother. She is in a nursing home and to pass the time she reminisces about her life in Wiebe’s fictional town of Gutenthal. It is the middle of the Great Depression. Sarah, young and naïve, is known to her classmates as Sour Sarah because she never laughs. Her mother says she “always reached for the black things first.”(13)

At nineteen she is of marriageable age; her father decides that it is time for her to marry and begins to lay plans. In the small Mennonite community men make the decisions and Sarah is apprehensive about what that decision may be. When Preacher Funk comes to visit the event raises further questions. After a meal the men retire to the sitting room when her father calls her to join them. Here she listens to the men discuss topics such as acreage, cattle and a neighbour’s eleven children. As Sarah listens, she becomes aware that the preacher may have other things on his mind. She observes the guest and her description of him is not attractive: “A patch of stubble beard under his jaw made me think of the weeds in the garden”. (13) It is the author’s use of humour that endears the reader to the characters and the world he has created. but she is determined she will not marry this man and seeks advice from her one true friend, Tien.

At Tien’s grandmother’s she meets Obrum Kehler, a young man with eyes the colour of robins’ eggs. He is painting a lawn swing for the upcoming auction and manages to smear red paint on his face. Sarah bursts out laughing. Attracted to each other, the two find ways to start a romance but are thwarted by the very person who knows about honesty and deceit. When Preacher Funk relays a dubious story to Sarah’s parents of the couple’s visit to Obrum’s sod house, the young woman has no other option but to seek out Obrum for advice.

As the story unfolds we see under Wiebe’s deft hand, a marriage take place, the struggle to live outside the community, futile attempts to bear children, a sudden appearance of a piano then its tuner, Beethoven Blatz, all told with tenderness and compassion. The sadness that occurs in the novel is tempered by the humorous intrigues of its characters and soon tears turn to laughter. We also see the awakening of a young woman and her growth as a human being. The richness of Wiebe’s description of prairie life, the prairie itself, his insights into the characters’ lives, is enhanced by the Mennonite terms and expressions he uses. The reader is suddenly transported to Gutenthal and becomes immersed in the lives of the author’s creation.

The novel moves with the skill of its author, flowing from one generation to the next all the time with Sarah setting one foot in front of the other, breathing, “Not just nose and lungs, no, the head—and the heart and soul.” (212)