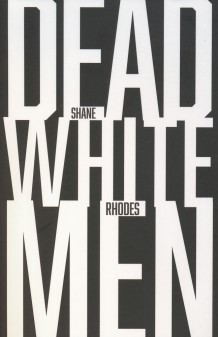 Canada is so haunted by the spectres of dead white men that they almost seem inescapable, a presence so persistent as to be definitive.This is, of course, the point. The fact that there seem to be innumerable buildings bearing the names of Sir John A. MacDonald or George-Etienne Cartier and universities named for Sir Isaac Brock or Egerton Ryerson reproduces a particular narrative of Canada as nation, state and space that rests on the deeds of dead white men. They provide a history and a tradition in a country that, if nineteenth century narratives about Canada are to be believed, is utterly bereft of them—that the history and traditions they produce erases or obscures competing narratives and benefits disproportionately those who are white, male but not yet dead is a feature to the system, not a bug. The architecture bearing their names serves to reinforce that vision of Canada, of civil society, of what it means to be a Canadian. This is why, in recent years, there have been moves to strip these names from some of the edifices that bear them: the Langevin block on Parliament Hill was renamed this year because of its namesake’s association with residential schools and there is a movement afoot to rename Ryerson University due to the influence of Egerton Ryerson’s ideas on the development of that system. However, even if the architecture gets sorted and Canada acknowledges a complex past that extends back beyond the beginning of European settlement, we will still be haunted by dead white men because they inscribed their names on the landscape itself.

In Dead White Men, his 7th book, Shane Rhodes works to demystify the explorers whose names are written across that landscape. An attempt “not to add to the fictions of the past white heroism but to better understand the problematic relationship between the stories, the mythologies they become, and the lands and peoples they describe,” the poems in Dead White Men work to de-romanticize the European explorers who “discovered” the geography of Canada by engaging not the apparatus of myth making, but the voices of the men themselves (74). Rhodes uses historical documents like the journals of John Franklin and James Cook, Alexander Mackenzie’s accounts of his voyages, and others to look beyond the myth and to expose something close to the truth. If the colonial process rests at least in part on a claim of superiority derived from being more advanced—a fiction based on prospective—exposing the brutality of the process of discovery through the rotting gums of French sailors, the dehumanization and enslavement of indigenous peoples, and the emptiness of the gesture of writing one’s name across the landscape itself—a theme Rhodes continually returns to and perhaps most effectively illustrated in the bored, repetitive voice of James Cook in the poem “Naming It”—undermines that claim. Discovery is not the noble product of an advanced or even noble civilization, but something as violent, base and flawed as any other human endeavour. Rhodes makes this all the clearer by paralleling the voyages of discovery in “what is history/a whitish story” with the scientific discoveries being made at the same time in “this country of science/ my soul.” Some of these experiments carry with them literal violence like Galvani’s exploration of electrical currents and other discoveries are only wrapped up in metaphoric violence, but they work together to give a sense of the messiness and human toll of progress. Discovery, Dead White Men asserts, is not an activity that takes place in an ideal Republic of the mind separate from the world, but is instead a part of that flawed world and the systems that govern it.

Dead White Men is a powerful book. The writing is vivid and visceral, and, crucially for a book like this, the poems work both individually and in conversation with each other. It is above all a well-crafted book. Given both the subject matter and the use of historical texts to seed or construct the poems, Dead White Men recalls the recent work of Jordan Abel and readers who enjoy Abel’s work will find much to like in this collection. Like Abel’s work, Rhodes’ poems are serious and important, but they are never a chore to read. They work to expose a mythology written into the landscape, a claim to ownership based on the writing of a name or the drawing of the map, and they show the very human roots of those myths: the men who live on because their names are still on those maps and the people silenced and dehumanized to make space for those names. 150 years after Confederation Canada has been wrestling with the ghosts of its past and legacies of the dead white men, in these poems Shane Rhodes provides a terribly beautiful meditation on those legacies.