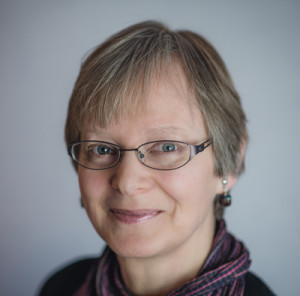 It began some time before my poetry book, Eigenheim, came out with Turnstone Press last spring. First my brother in Ontario, and then a friend in Québec, said, “You should do a reading here.”

The prospect of this trip was both exciting and daunting—exciting that people wanted me to do readings with them, and daunting to face all the planning involved: the tickets to book, lodgings to arrange, funding to apply for, and details to confirm so that other details could be confirmed. It was all of this, rather than the readings themselves, that made me nervous. Turnstone Press made some contacts for me and produced publicity materials, and the hosts of each reading took care of the fine details, but there were still enough decisions to occupy a lot of my own mental space (including small but preoccupying questions like what to wear).

I ended up with an eclectic mix of events. The first was a reading at Redeemer University College in Ancaster, Ontario, where my brother teaches. Redeemer is small, but very active in the arts. They’ve hosted several poetry readings every year since 2001, bringing in a wide range of poets from across the country, including Jan Zwicky, Christian Bök, and Lorna Crozier. Both at the reading and in the Canadian Literature class I visited earlier in the day, the students asked questions about things I’d never articulated before—why the image of fire was so prominent in one poem, why I’d used repetition as a device in another—and I got a bit of practice in thinking on my feet.

The next was in Québec City, where my friend, soprano Sandra Bender, and I put on an evening of music and poetry at the Anglican Cathedral. (While Québec City is thoroughly francophone, our audience was mainly from the anglophone minority.) This one was fun to plan. Sandra chose songs that paired well with poems she wanted me to read—a song by Brahms to go with “Rhapsody no. 2” (which refers to Brahms’s piano music); Samuel Barber’s “Rain Has Fallen” to go with “The rain”; and so on—and I chose additional poems after reading the texts of the songs she’d selected. In the end the music and poems complemented each other beautifully.

In Halifax I gave a reading to the Haliburton Society at University of King’s College. My son, a student at King’s, is part of this group, the oldest literary society on a college campus in North America. After the reading, the students were quick with their questions about the poems and my writing process. Their intellectual energy was infectious. It was especially good to hear them talk about the poetry they enjoy reading, whether William Blake or contemporary spoken word. I’ve encountered many people who seem to think poetry isn’t accessible to them, but these young people have no such hesitations.

The second event in Halifax, and the final one on this trip, was organized by poet Michelle Elrick. It was in a downtown venue that usually functions as a practice space for musicians but is occasionally used for events. I read along with Michelle and another local poet, Joy Farrell-Grove, with singer-songwriter Nick Everett performing between poetry sets. It was lovely to hear new work from Michelle, to get acquainted with Joy’s writing, and to read in that intimate space, where the audience’s responses were so close and immediate.

Reluctance around self-promotion dies hard. Even though promoting my book was one of the reasons for this trip, I had to remind myself, when meeting people outside of readings, to tell them why I was on the road in the middle of February. But when I did, people were genuinely interested, and on two occasions I happened to encounter poetry lovers who bought my book on the spot.

One of the things I appreciated about this trip was the chance to travel by train. Within the Windsor-Québec City corridor, train service is much more frequent (and more punctual) than elsewhere in the country, so it worked out well for the places I wanted to visit. Since I had the time, I took the train even for the longer stretch between Québec City and Halifax. Plane travel is merely stupefying, but train travel is relaxing; I can while away a lot of time quite happily just watching the changing landscape. It’s a good time for thinking.

My readings were all in places where I had personal connections. Places where I did not have that kind of connection—bookstores, for instance—had far less interest in hosting an out-of-province writer they’d never heard of. While not completely surprising, this was somewhat disappointing. On the bright side, I got to read in some less conventional settings, which was both interesting and an opportunity to reach readers who don’t usually attend readings.

And I really appreciated the audiences at the readings. Whether there were eight people present or thirty, my poems connected with them. It often seems that, outside the circle of fellow writers, hardly anyone cares for poetry, so when people—even a few—come to hear poetry because they enjoy it, or because they’ve decided to give it a chance, that is a most encouraging thing. ♦