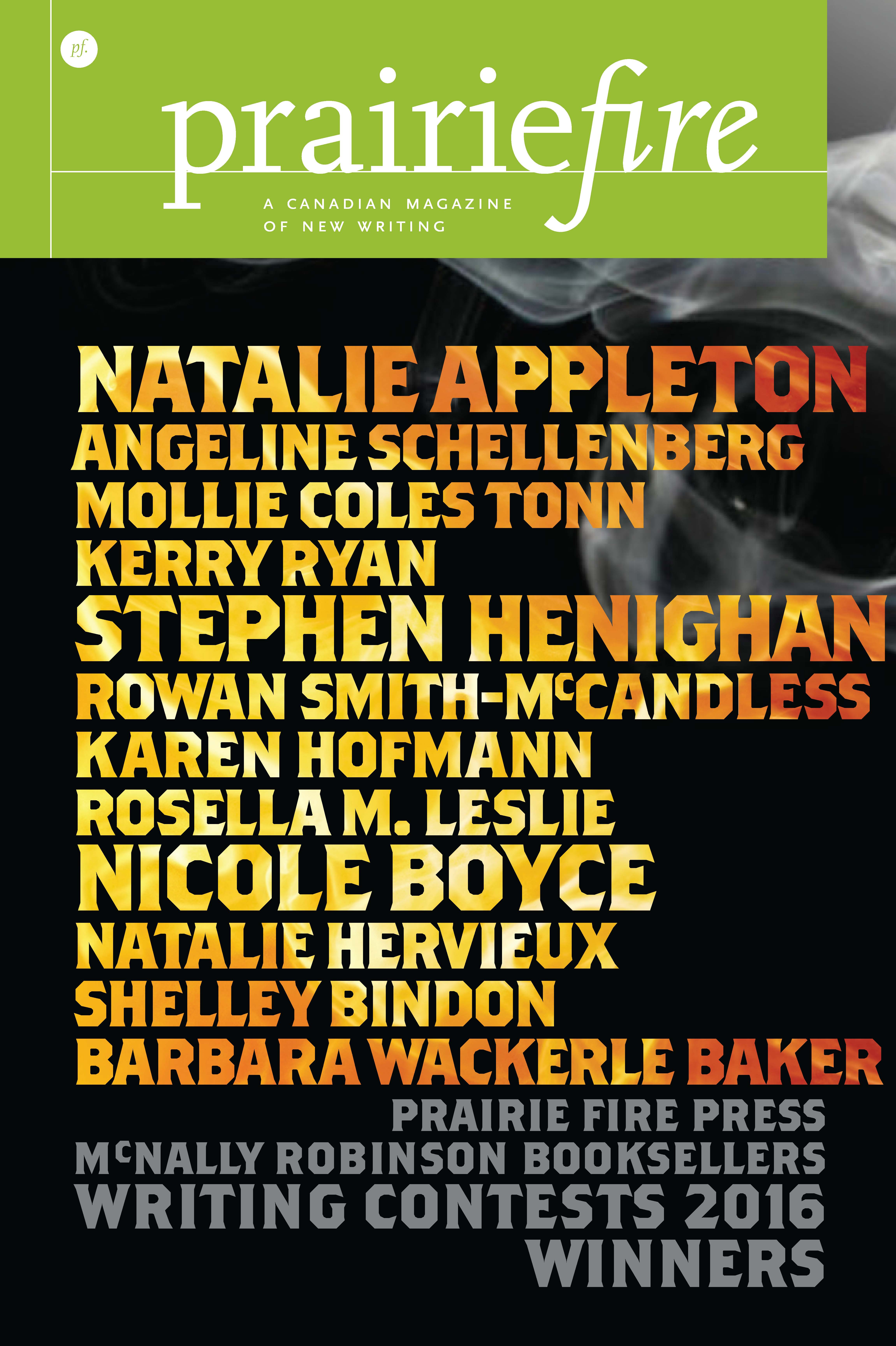 Winners of the 2016 Fiction Contest

Winners of the 2016 Creative Non-Fiction Contest

That last weekend home: he hadn’t meant. Only Jared, so mouthy. So full of himself. Didn’t mean to do that. But the kid pouring half a six-dollar box of cereal in the bowl, the bowl nearly overflowing, the kid slack-jawed, blank-eyed. The number of half-eaten bowls of cereal he’s carried upstairs from the playroom. Oblivious.

Look. Just. Look how much.

He hadn’t meant to get into it, the tussle. The kid’s fault, grabbing the box back. Insolent. He’d fought off every instinct to shake Jared’s silly stubborn head off his shoulders.

Dad! Let go! I’m trying to get some breakfast! Do you want me to go to school or not?

The room suddenly crowding him small.

His own face nose-to-nose with his son’s. The momentary rush and release of letting go, letting his vocal cords expand fully, his clenched hands move, tipping the bowl of ash-brown flakes, of blue milk, over his son’s head.

Lori: You have no idea how to be a father.

Your first day on earth your scalp was loose
as a shar-pei’s—boggy the nurse called it—
because you’d been sucked
into the world.
Too tender to clean, your soft spot stayed crusted
with the muck of motherhood.
When I tried to describe your hair
to my mother over the phone, I called it grey.
We weren’t allowed visitors; we refused
the hospital photographer.

This was routine. It happened every hunting season, but the experience varied slightly with species. In the fall, he would pull me out onto the driveway, next to the neighbour’s fence, to help pluck ducks or invert the skin of a rabbit. Sometimes, he would have me smell a ruffed grouse crop—an organ that stores extra food before passing it through digestion—filled with aromatic clovers and snowberries. As my young mind investigated death and anatomy, I would slowly open and close a duck’s bill, looking at its limp tongue and comb-like pectens. Clasping a duck by the throat, my father would scold me, “Stop that, you’re being ghoulish.”
Around us, the snow became a stew of feathers and blood.
My sister is a vegetarian now. I’d still never pass up a steak.