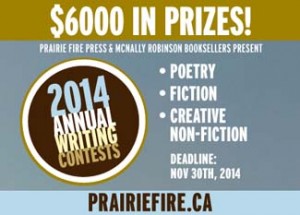 We’ve just received the judges’ selections for all three 2014 contests. Congratulations to all the winners! Here’s a complete list. Check this space next week for more detailed information.